Let me be clear, I had no intention of buying not one but two new bikes this year. It just, sorta....happened. Bike people will understand. It all started with me agreeing to race the OGRE with my Alpine Shop teammate Jeff. When I first heard about this 154-mile gravel race with crazy amounts of climb, I had absolutely no interest in doing it. Too long, all one discipline, just didn't inspire me. To be honest it didn't interest any of my friends either. But for some reason the idea kept sticking around, kept getting talked about as a sort of "can you believe some people are actually going to do this?!" and then before I knew it Jeff flipped. He recruited a support crew (Carrie) and dangled it in front of me like a gravel-dusted carrot...okay. Fine. I'm in. Go Uncle Perv & The Pervette.
Then came the question of the bike. The OGRE promoters issued this lovely little snippet on their website to assist racers in bike setup:


Riders should expect to descend equal to the elevation gain estimated at 75ft - 80ft per mile. Tire selection and gearing choice are critical to completing this up and down race. The Oz Cycle group that rides these roads regularly suggest that tires be at a minimum of 700 x 35 (they use 700 x 40 or 29er 1.75-2.0) with low profile tread and lateral knobs. Gearing should be no higher than 42/27 crank, 11-34 cassette. Pushing a granny gear of 24x36 or 22x34 will come in handy 100 miles into the race, so go lower if you have it.

I had planned to use my cyclocross bike (a Cannondale CAAD8 from 2009 or so) but this little paragraph made me VERY worried about gearing. See, the Cannondale had a normal 46/36 crank with an 11-28 cassette in the back. And let's do the math...a 154 mile race with approximately 75 feet of climb per mile means...MORE THAN 11,000 FEET OF CLIMB. ON GRAVEL. This is serious. I took it in to my friends at Big Shark to talk options. Could I just switch cranks? Maybe put a mountain bike cassette on the back? Turns out, there was no simple answer. The Cannondale's Shimano road components don't play nicely with the mountain bike options I wanted. Plus, the cantilever brakes were touchy at best and scarily unreliable at worst. Oh dear...this smells like a new bike.
More research. More spreadsheets. Steel? Aluminum? Mountain bike frame with drop bars? Cyclocross frame with wide tire clearance? Maybe throw skinny tires on the SegSlayer? (Wo)man up and ride the Cannondale with a 46/34? Thankfully, Uncle Sam chipped in with a well-timed tax refund. With the direct deposit burning a virtual hole in my pocket, I marched back over to Big Shark, spent even more time talking to their people (saints, all of them), and came away with an order for a brand new 2013 Salsa Warbird frameset. I had crunched the numbers and initially wanted to buy the complete bike (with plans to immediately replace about half of the components), but turns out there was no more stock left so frameset it was!! 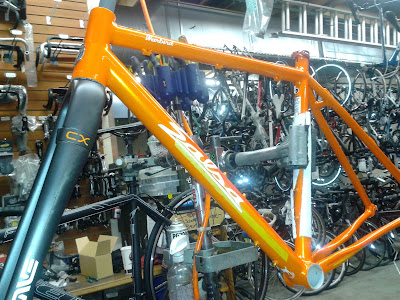 The cool thing about the frameset was that I could build it EXACTLY how I wanted. The bad thing about the frameset was that I had to source every single piece and part myself, checking compatibility, availability, pricing, ship times, etc. It was tedious but...I learned A LOT. Like there are different versions of BB7 brakes for mountain and road levers. Like rear axle spacing. Like shift cable diameter vs. shift housing diameter vs. brake cable diameter vs. brake housing diameter (1.1mm, 4.5mm, 1.6mm, 5mm). Like headset specs. And don't forget the ferrules!! It was an absolute fire-hose amount of information but again, I had a speadsheet to take it all in. 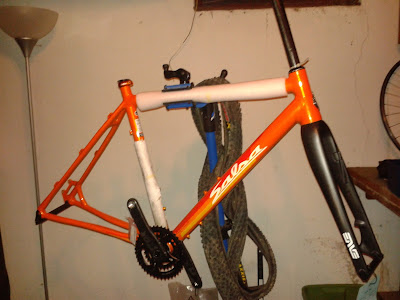 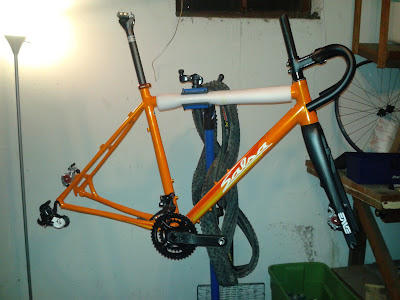 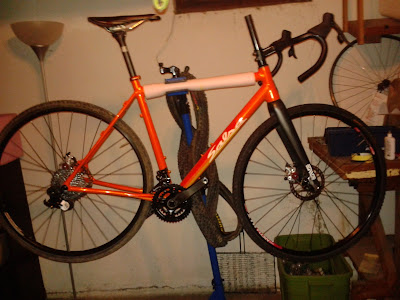 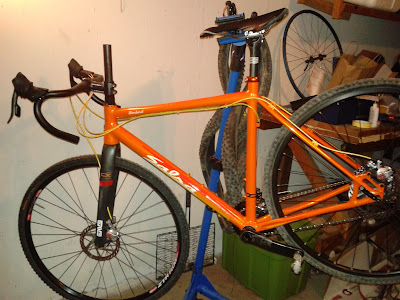 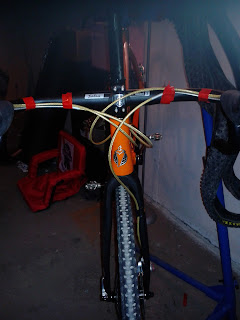 Once the parts started rolling in, it was time to start assembling. I did some things myself, but I relied very heavily on Big Shark mechanics for stuff that was beyond my knowledge/skill level, or that I simply didn't have the tools for. Colin installed my bottom bracket, crank, and headset/fork. Then I did the seatpost/saddle, spacers/stem/bars/shifters, first pass of housing and cables, front and rear derailleurs, temporary wheelset, and chain. I messed with the cable routing for a considerable amount of time, mostly because this is my first build and I wasn't familiar with how much radius is too severe or too lax. Finally, I took everything over to Doug's house for final review and to build some sweet wheels. 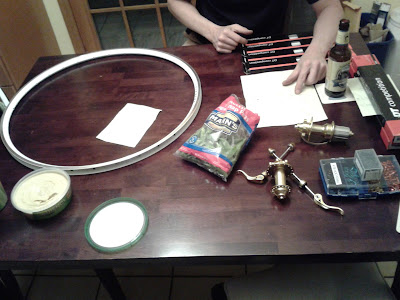 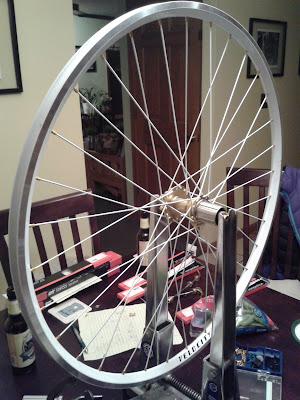 Doug basically went over the entire bike, checking the work I did and fine-tuning almost everything. We installed inline adjusters that actually fit the 4.5mm housing. We took slack out of the brake housing, checked ferrules, adjusted derailleurs, and drank bike-related beer. I asked A LOT of questions. After that was all done, we still had wheels to build! I helped where I could and by the end of the evening, we had a mostly-done rear wheel and a half-done front wheel. Doug offered to finish up both wheels, cut my (kharbon) steerer tube, and tape the bars the next day while I was running an O-meet. I happily accepted that offer and went on my merry way. 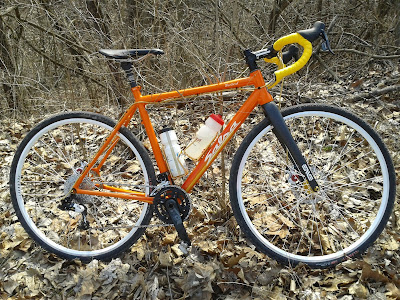 And oh, what a merry way that was! I picked up the Warbird and immediately had to crush some afternoon Katy gravel. I had lost my Garmin at the O-meet (sad) but I put about 3 hours of ride time into the bike right off the bat. Nothing crazy hard, just a few solid miles in peaceful Missouri countryside. Let me tell you...this bike...it just hums. It eats up the miles and is such a pleasure to ride. If I'd had a credit card with me, I would have kept riding to Jefferson City, got a hotel, and then ridden back the next day! 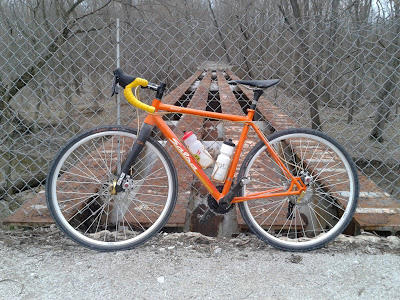