You guys. YOU GUYS. I have big news. Prepare for a mosh pit in your head. Somehow I've found myself on a team for THREE adventure races this fall. They are all 24-hours and they are all going to be way competitive. I can't wait to race them and here's a little preview of the action: 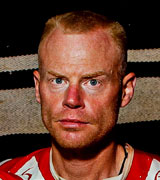 This is gonna be a barnstormer, in the words of the wise Carrie Sona. Race director Gerry V never fails to draw a competitive crowd to his northern Illinois race, and the 10th anniversary of Thunder Rolls 24hr Adventure Race is no different. My team GearJunkie/WEDALI will face stiff competition from midwestern powerhouses Alpine Shop and Bushwhacker, as well as the leader in the Checkpoint Tracker National Rankings, Rev3/Mountain Khakis. Thunder Rolls features a 12a midnight start on Saturday morning. I actually really like this setup since the hardest hours in an adventure race are typically 2a-4a, and we get to face those head-on in the beginning of the race. Thunder Rolls is notorious for tough (read...thorny) vegetation on foot, endless stretches of gravel roads on the bike, chunky banana boats for the paddle, an "epic" ropes section, and this year's race will add caving/coasteering! This will be my first 24hr AR in 2 years, but I'm completely excited to tackle it with Andrei and Erl, both super-strong racers! 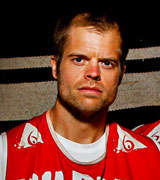 About one month later, I'll have a chance to storm through central Missouri in a reprise of the team from Thunder Rolls, this time with the addition of Justin, another super-strong racer. The Berryman Adventure Race is Bonk Hard Racing's signature event and this year promises to be extremely challenging. The race will start at 8am at Council Bluff Lake, which features a tough 13 mile singletrack loop that will almost certainly be incorporated into the race. We'll also probably have the chance to bike on the IMBA-Epic Berryman Trail, a piece of singletrack I've come to know and love from a victory in the 2010 12hr Berryman Duathlon (and also training for this year's BTEpic mtb race). Competition will be fierce from Alpine Shop, Kuat, and this one totally rando team "We're Kind-Of-A Big Deal", captained by the former owner of Bonk Hard Racing, Jason. We know he is extremely familiar with lots of reentrants in the Mark Twain National Forest!!

This just in! I've been on the fence about CPT Nationals all summer. It's sorta far away, it's expensive for an AR, it will require a multiple days off from work, and I didn't have a team. But, in the last few days, plans have come together, and Andrei and I decided to race as a 2-person coed team for the season's grand finale in Oak Hill, West Virginia. The race is HQ'd at ACE Adventure Resort, a sweet lodge located in the New River Gorge National Park. Nationals will feature the usual mountain biking, trekking/orienteering/trail running, and paddling, but we will also be river boarding and whitewater rafting...rad! This race is only 1 week after Berryman so recovery will be the name of the game. The competition will be fierce from the top teams in the country, and I can't wait to see how we stack up!
I am beyond stoked at how this fall's schedule came together. I am teamed up with some incredibly strong teammates; both Justin and Erl have accomplished so much in adventure racing and their experience will be a huge benefit to the team. Even though Andrei and I are newer racers, I trust his judgement and am motivated by his "super nav, super fitness, super helpful carrying stuff and being encouraging" (as I wrote on his AP log after the MNOC Adventure-O. Now it's time to make final preparations for Thunder Rolls, and then prepare for a busy September. (And busy October: Burnin or Perfect 10 ROGAINE, and BTEpic!)
Pin It
Posted by Emily K at 9:49 AM

Email ThisBlogThis!Share to TwitterShare to FacebookShare to Pinterest
Labels: AR