When I was in elementary school, I was lucky enough to have a bunch of friends who hosted sleepovers on a fairly regular basis. We would spend these nights watching scary movies, playing light-as-a-feather-stiff-as-a-board, prank-calling boys in our class, and other classic sleepover activities (that almost never involved sleeping). Eventually, morning would dawn, and the host family would make some sort of breakfast while, most likely, silently grudging how late we kept them up last night with our incessant chatter. 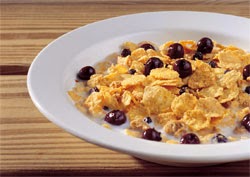 I never liked cold cereal growing up (still don't, actually) so I would always stress about what would be offered for breakfast. Usually, the parents would make something special like waffles or pancakes. But in the rare occasions when cold cereal was the only item on the menu, I tried to avoid it without seeming rude. Sometimes I asked for toast. Other times I said I wasn't hungry. And in one particular instance, I flat-out lied. "I'm allergic to cereal," I remember telling the host mom. In the early 90s, before gluten-free became a thing, I'm fairly certain the host mom thought I was crazy. An allergy? To Cheerios? What a weird little girl.

I've since learned that it's okay to dislike a food item, and haven't experienced any other allergy, to food, medication, plant, animal, or otherwise. That is, until the past 6 months...dun-dun-dunnnnnnnn.
It all started with getting to know my WABAR teammate Mike "The" Garrison. In one of our first "here's what kind of competitor I am" conversations which are so essential to adventure racing success, he mentioned he is allergic to mammalian meat and that consuming it may result in anaphylactic shock (a potentially fatal condition if untreated). This struck me as weird, especially when he explained that he acquired this allergy later in life from tick bites. But as long as he didn't eat beef, pork, rabbit, venison, bison, goat, or any other mammal, he was the same top-notch racer he's always been.
I raced with Mike (and Jeff and Doug) at the Berryman Adventure Race in September 2014, and all of us got attacked by seed ticks during one of the trekking sections. As we were paddling away from the TA, Jeff happened to look down to see hundreds of ticks crawling all over his legs. The same thing happened to our friends the WhackaDALI-ans, and in the weeks after the race we had a pretty hilarious "photos of my bug bites" email chain going. I remember eating pepperoni and bacon during that race with no ill affects. But a few weeks later I had pork for dinner and broke out in head-to-toe hives later that evening. Some frantic texts were sent to Garrison, who didn't respond... And also to Carrie Sona who advised me to take a few Benadryl and sleep it off if possible. I did, promptly passed out, and woke up in the morning to significantly reduced hives (or "urticaria" in medical-speak).
That got my mental wheels turning, and I decided to avoid mammalian meat until my next regularly scheduled doctor check-up a few months down the road. The check-up happened in January 2015, and I got referred to an allergy specialist for February. At the allergist's office, I described my history and self-diagnosis, and she decided to perform skin and blood tests. The skin test came back positive for every mammalian meat they applied: lamb, pork, and beef. She also tested cat which was positive, and chicken was negative as expected. These results were suspicious enough to order blood testing, and we just got those results back this week: I have developed an allergy to alpha-gal.

What is alpha-gal? First, it's a shorthand term used to describe galactose-alpha-1,3-galactose, which is a carbohydrate found in mammalian meat (but not primates or humans). What does that have to do with ticks? Ticks ingest alpha-gal when they bite mammalian hosts...deer, raccoons, possums, etc. Then, ticks transfer alpha-gal to humans when they make a subsequent bite. 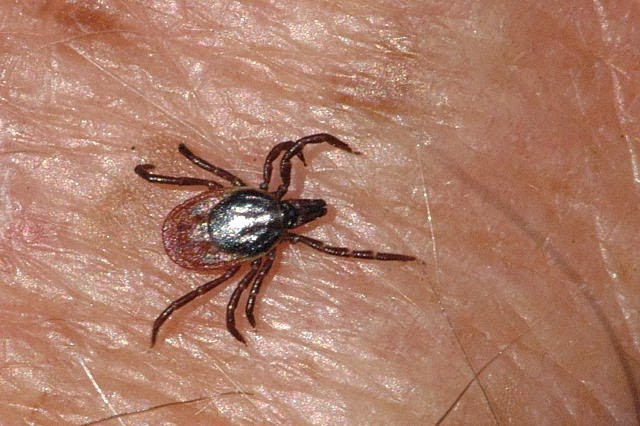 Normally, human antibodies (immunoglobulin E in this case specifically) understand that the alpha-gal introduced to the body, either via tick saliva or via ingesting mammalian meat, is no big deal and do not react. The alpha-gal carbohydrate gets digested normally and people go on their merry hamburger-eating way. But in certain cases, especially in instances of historically high tick bite volume, the body misconstrues ingestion of alpha-gal from mammalian meat as a tick onslaught and produces a specific type of immunoglobulin E (IgE) antibody to fight against the invasion. The IgE antibodies bind to the alpha-gal CHOs, producing histamines, which manifest initially as hives and can progress to anaphylaxis.

Alpha-gal allergies are unusual among food allergies in these ways:


My interpretation of the whole thing is one more of fascination than of sadness. Sure, I'm going to miss steaks and bratwursts. But I think it is weirdly cool that I had a medical hunch, my doctor believed me, there was a conclusive test available, the test was covered by insurance, and the results were definitive. I've taken steps to replace the lost iron in my diet, which I believe is incredibly important for female athletes, and otherwise have adjusted well to eating a ton of fish and chicken. I'm writing this post to bring some awareness to the issue. Most of the research on the alpha-gal allergy has only been ongoing for the last 10 years.  The connection between red meat and ticks wasn't even made until one of the researchers happened to develop the allergy himself (after a tick bite). Most doctors aren't aware of the condition, but I feel a lot of the people who read this blog spend a lot of time in the woods and may be susceptible. So if you experience head-to-toe hives a few hours after eating mammalian meat (beef, pork, venison, bison, lamb, etc), please consider visiting an allergist and getting tested.

Email ThisBlogThis!Share to TwitterShare to FacebookShare to Pinterest
Labels: alpha-gal